Silver Predator’s Cordero gold property is located seven miles southwest of the town of McDermitt in Humboldt County, north-central Nevada. The project is situated within the Opalite mining district, on the southeast rim of the McDermitt Caldera Complex. SPD controls 100% of the gold and silver mineral rights to 52 unpatented lode mining claims at Cordero.

The property is known for its association with world-class levels of historic mercury production. The Cordero underground mercury mine lies within the property limits, and was the largest mercury producer in North America during its 1933-1970 operating life. The McDermitt open pit mercury mine is also partially within the property boundary, and was the largest North American mercury producer during operations from 1975-1989. The property’s mercury endowment reflects a hydrothermal system that is remarkable not only for its size, but also for the strength and intensity of mineralization. The importance of the mercury mineralization at Cordero is due to its common association with many of the epithermal gold deposits in Nevada and elsewhere in the world.

The Cordero project is the subject of an NI 43-101 compliant technical report with an effective date of August 1, 2007, by John F. Childs, Ph.D., P. Geo., of Childs and Associates, LLC. A copy of the technical report on the Cordero project is available for download below. In February 2012, SPD acquired Nevgold Resource Corp and 100% interest in the precious metals rights at Cordero.

There are no current resources or reserves on the Cordero Property.

The 15 million year old bi-modal volcanic host rocks at Cordero are the same age and composition as those at other precious metal mines and deposits in northern Nevada, for example the Midas and National Mines. The geologic units range from near surface lakebed sediments to deeper rhyolites, minor andesites and basal basalts that all locally exhibit strong hydrothermal alteration. The silica alteration is typical of epithermal precious metal deposits, occurring as fault controlled, high level “opalite breccia” with considerable vertical extent, as well as a relatively flat-lying “silica cap rock” covering large areas.

Au-Ag mineralization at Cordero is the result of a low-sulfidation epithermal system and occurs in shallow, oxidized host rocks as bedding and structurally controlled deposits with upside potential as bulk mineable targets. Au-Ag is also associated with deeper, structurally controlled quartz veins that represent “feeders” to the extensive hydrothermal system, and are the priority as potential high grade underground targets.

Cordero is a significant world class historical producer of mercury that was mined from both open pit and underground. There is also significant gallium mineralization associated with the Cordero Property that has been explored by operators since the early 2000’s.

Nevgold Resource Corp’s 2007-2010 exploration programs resulted in the discovery of a significant gold mineralized system at Cordero. The initial work focused on the compilation and analysis of multi-element geochemical data generated by a third party from over 170 shallow holes drilled between 2001 and 2007, and hundreds of surface rock chip and channel samples. Detailed two- and three-dimensional modeling of precious metals and select pathfinder elements within the framework of detailed geologic mapping on the property resulted in an integrated exploration model that served as the foundation for the follow-up drill programs. This drilling was focused on the exploration potential of high-grade banded gold-silver veins at shallow to moderate depths, as well as lower grade, near-surface “high level” precious metals mineralization. Nevgold Resource Corp was acquired by SPD in February 2012.

Silver Predator is currently compiling data. Comparison with analogous deposits suggests that deeper drilling is necessary to adequately test the system and the property is available for lease or option to purchase. 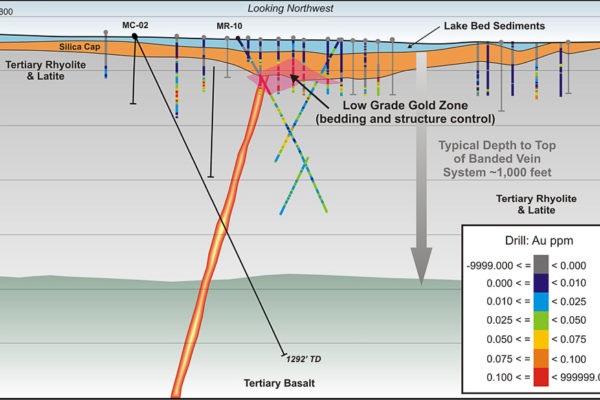 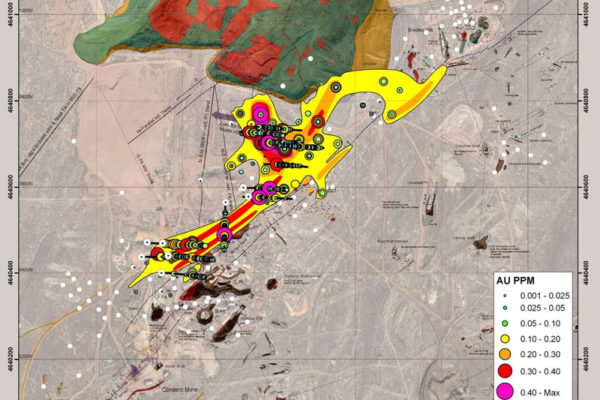 Thomas H. Chadwick, CPG, A Consultant and Officer of the Company, is the Qualified Person as defined under National Instrument 43-101 and has reviewed  and verified the information presented above.